Waves are one of the most important aspects of surfing and while you may believe that all you need to be successful is to master the surfboard but it is vital to be able to read the ocean and the waves too. We recommend that you learn as much as you can about waves to learn how to get the most out of them as there are many different types of waves in surfing.

It is vital to learn how to differentiate the waves because not waves all are suitable for practicing and learning to surf especially here on My Khe Beach. If you are able to recognize where the waves are breaking ie. the peak of the wave and how they break you will be able to progress faster with your surfing. 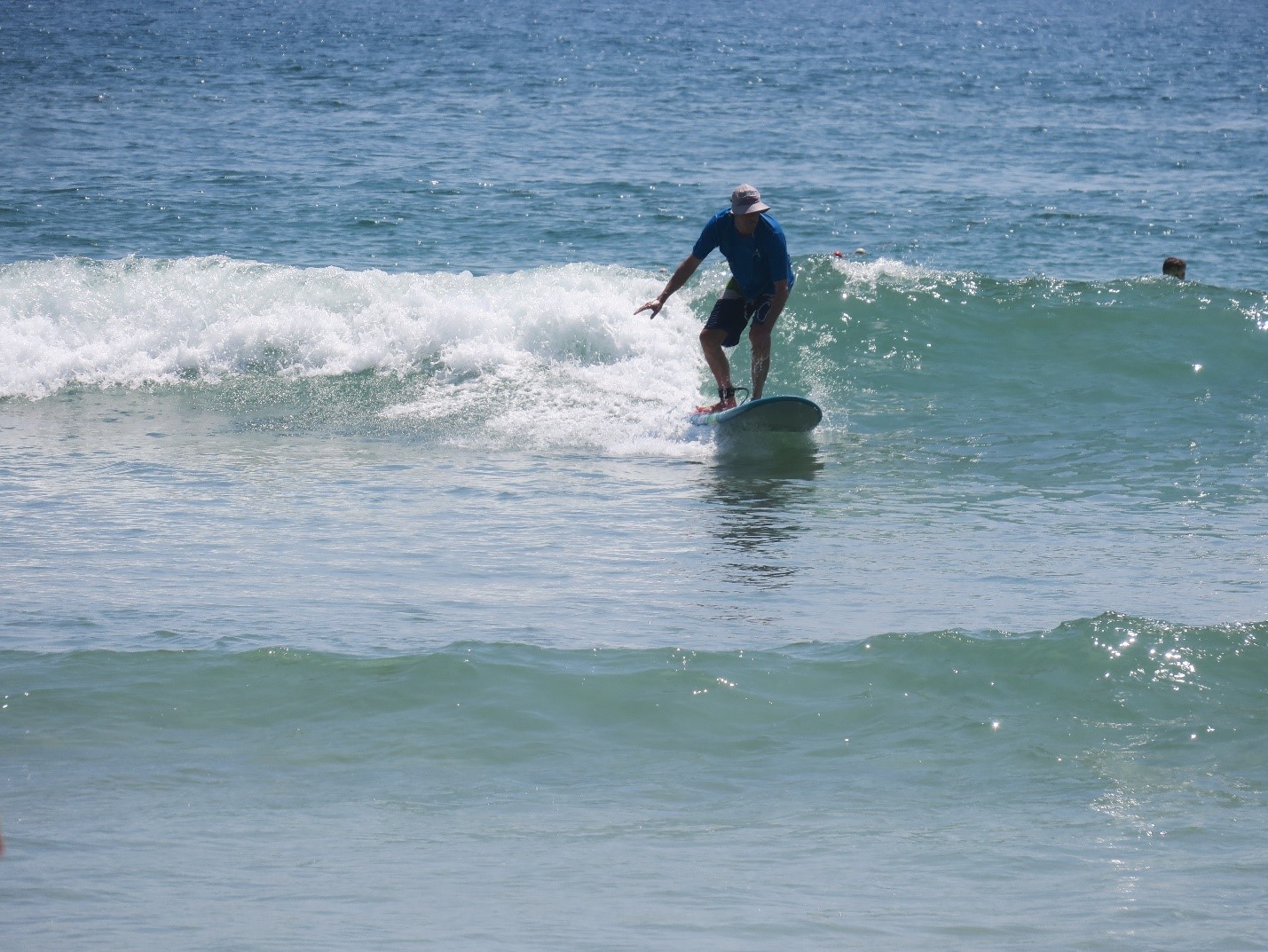 A typical beach break is made up of a sandy-bottomed sea floor. The ocean tends to gradually get deeper the farther you go out and many average beach breaks can often close out, meaning the entire waves breaks all at once leaving you with no shoulder to surf on.

However, there are plenty of super fun beach breaks out there and depending on the tide, sandbars and swell direction, you can definitely score some of the best surf of your life. Beach breaks can offer up anything from fast punchy hollow barrels to slow mushy rippable open face shoulders. Here on My Khe Beach, the very same break can offer both of these types of waves at different points in the day depending on the tide and wind. 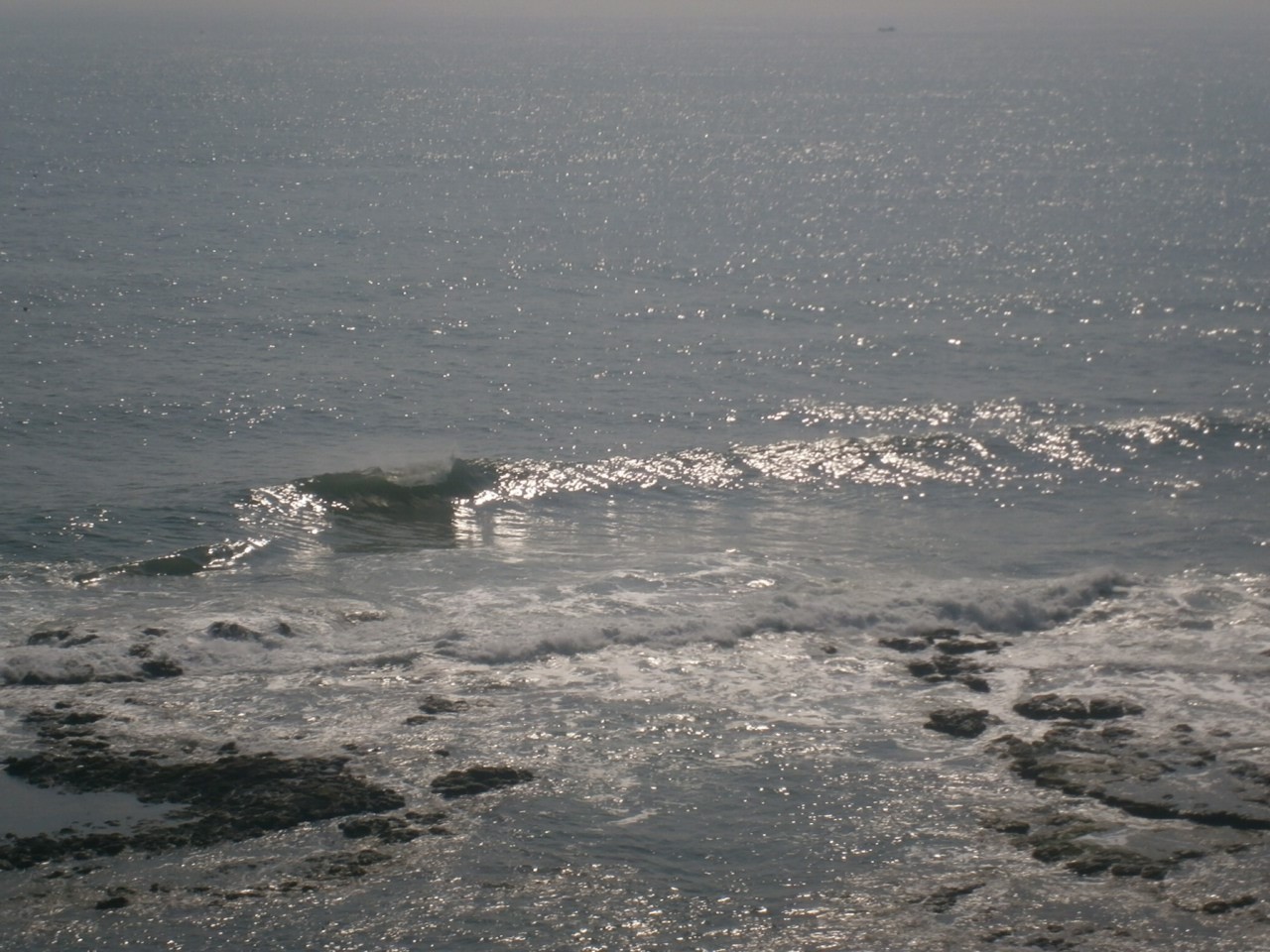 The waves break over over a coral reef or a rock bottom at reef breaks. As a result, the contour of the seabed is permanent, and the line-up shifts solely in response to the size and direction of the swell. To paddle out, there is usually a clearly defined channel next to the line-up.

The majority of the world’s largest and heaviest waves break on reefs, but there are plenty of gentler, more forgiving reefs to be found. Even now, reefs are often avoided by inexperienced surfers as it can be dangerous if you have not yet mastered the art of surfing, because it requires you to make a very fast and full takeoff.

The biggest danger is the reef itself, which often hides just a few feet below the water’s surface; the risk of serious injury causes some surfers, including former world champion Tom Carroll, to wear helmets.

In tropical areas, waves constantly break over live coral, which can lacerate a surfer’s skin at the slightest contact, leaving injuries that are often at risk of infection if it’s not properly treated right away. 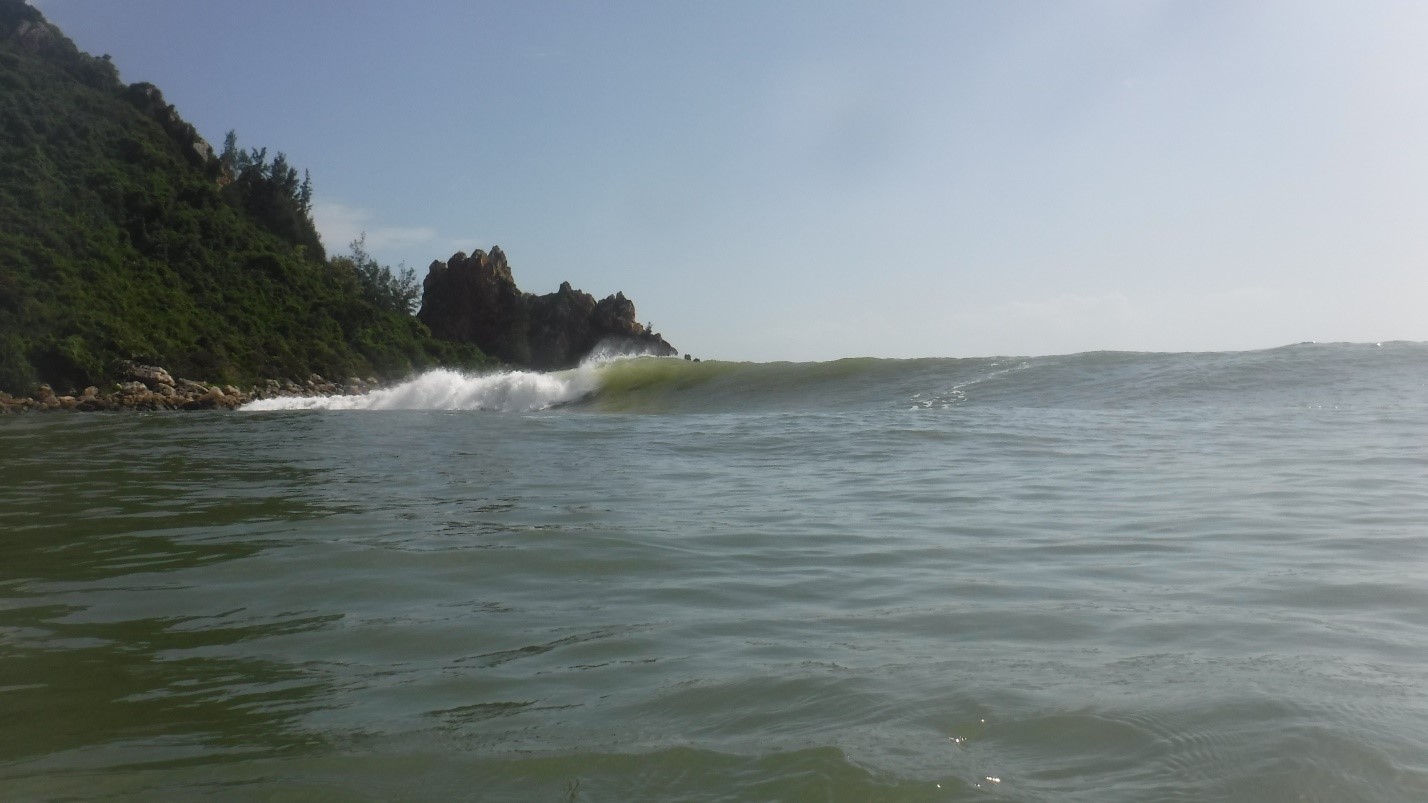 A point break occurs when lines of swell reach a stretch of land at an oblique or even perpendicular angle, breaking around the ground rather than directly towards it. They are more likely to occur along a cliff and can break over sand or rock, although the resulting waves peel for far longer than most beach breaks or reefs.

Some point breaks, such as Dragon Head in Vietnam can offer a mellow peeling wave with a leisurely pace, making them perfect for longboarders; others specialize in draining barrels or high-speed, strong walls. 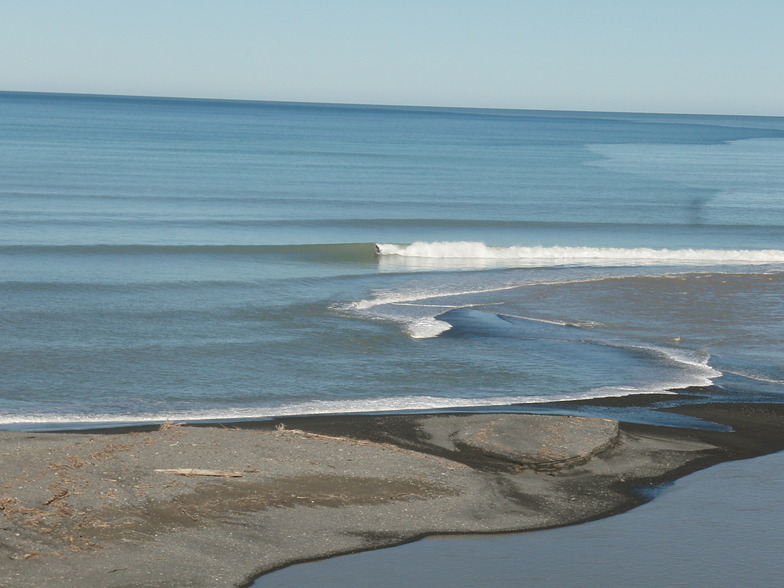 Nice rivermouth waves are a rare and wonderful occurrence for any surfer. They are similar to point breaks, in the sense that they are produced where the river deposits sand onto well-defined sandbars and, along that point, the wave peels off in a predictable and neat manner.

Other common types of waves include: 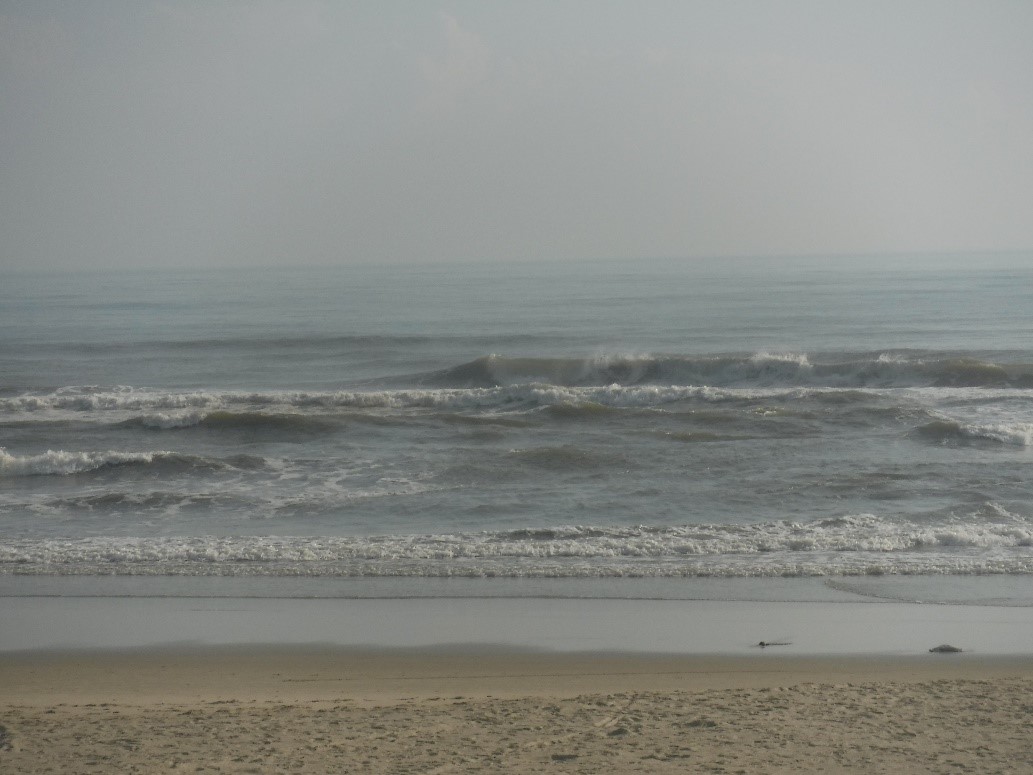 Because of the variable depth of the seafloor, this unpredictable wave can die down as it hits deep water and then reforms or breaks again. These are said to be appropriate for all types of surfers. Experienced surfers can kick-off before the new waves get too deep, while beginners can look for inside reform waves. 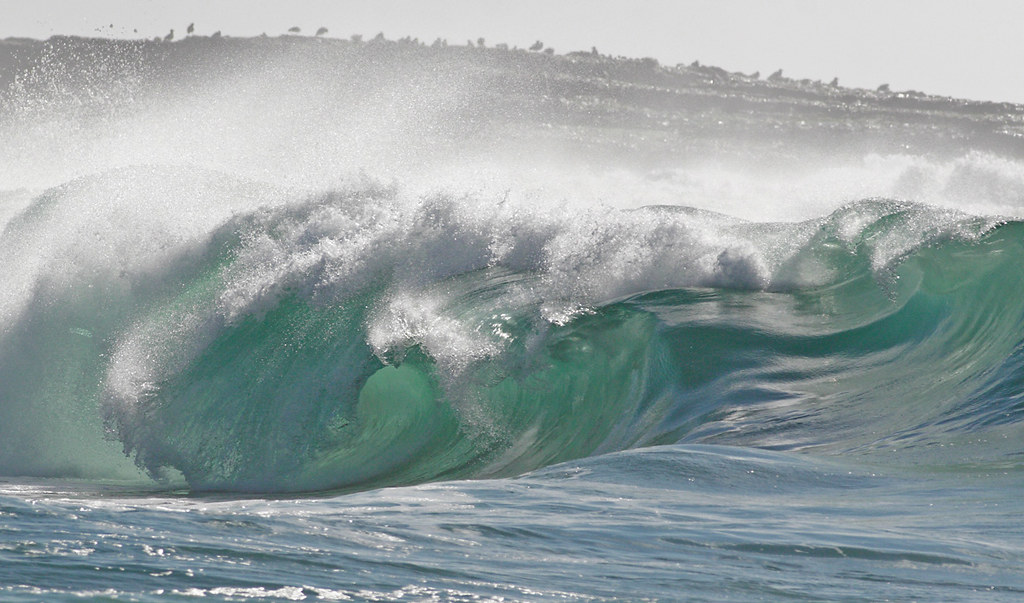 This wave is the result of two waves colliding and merging. As a result, you get a massive and forceful wave. These waves are incredibly dangerous and hollow, especially as they start to break.

They are best suited for professionals or those with years of experience. Aside from that, you should be able to predict where a wave might go. A left-hand wave, for example, is one that peels or breaks to the left from the perspective of the surfer. 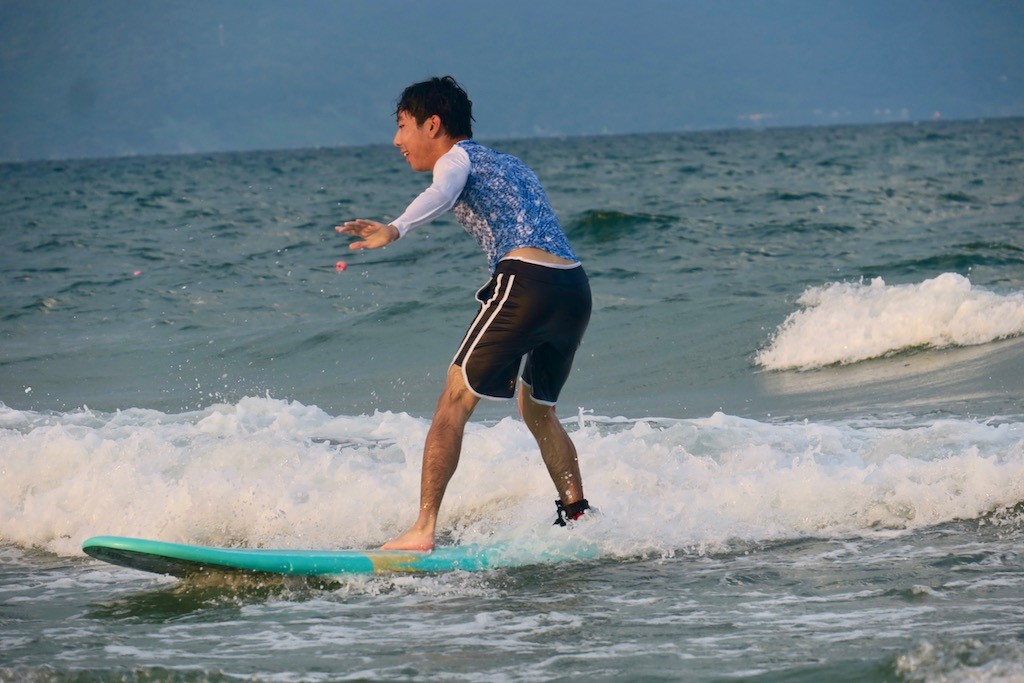 These waves, also known as mushy waves, are easy to identify since they are not very steep, quick, or hollow, and they crash gently. These waves are caused by very gradual bottom contours.

They aren’t extremely strong or powerful, therefore they’re best suited for newbies or those looking to learn surfing tricks. Furthermore, they can be found practically anywhere in the world on pretty much every beach.

For more information please check out our other posts on Forecasting and Weather in our blog.  Some of our favourites are the  Best Surf Spots in Da Nang and the Wave Sizes posts.